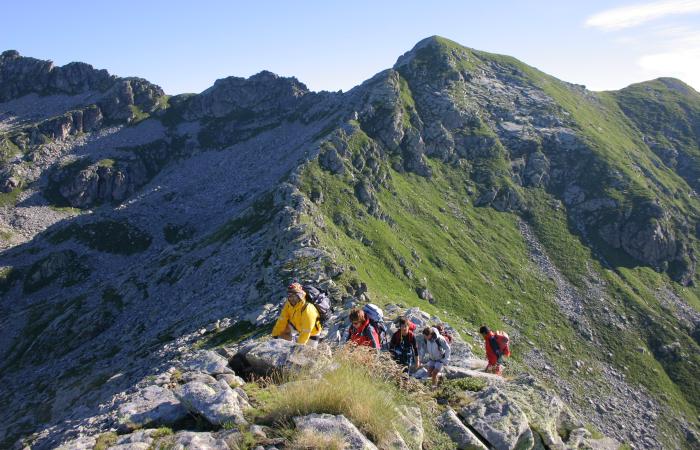 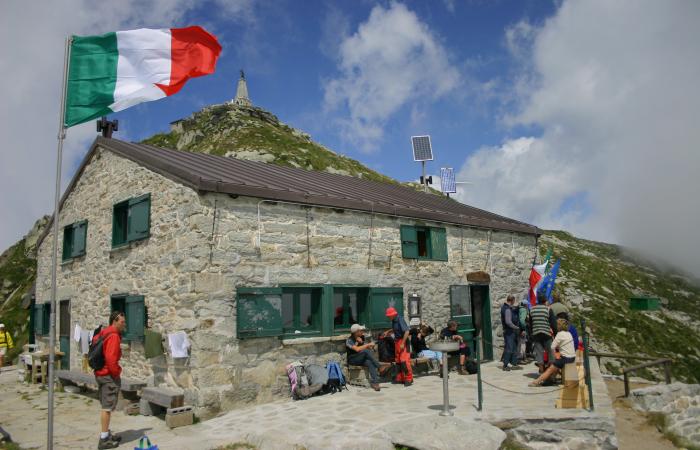 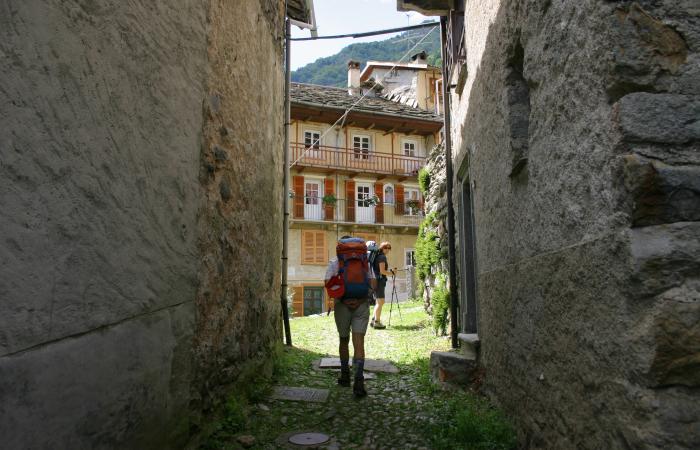 In the province of Biella, we can immerse ourselves in an atmosphere that is unique, thanks to the unpolluted, natural settings of the open spaces, as well as the hills and the mountains. Along mule-tracks and trails, we can reach the places which are loved and respected by the local people and, in this way, come in contact with the true spirit of the place.
The cream of what trekking has to offer can be found in the Grand Tour of Biella Province (GtB). This is a long, circular itinerary, divided into different stages of varying levels of difficulty, which covers the entire Provincial area, passing through places of great environmental interest.
It is divided into different stages of varying levels of difficulty and, with a gradient difference of between 300 and 1,500m, it includes places of great environmental interest. Besides being a highly interesting itinerary, the GtB is also the cornerstone of the Province’s touring network which is exceptionally dense and well-structured and covers more than 2,000 km of routes of all levels of difficulty.
Skilled excursionists, well versed in the use of climbing gear, can take on the “Alta Via” of the Biella Alps, a challenging trek over five stages. Starting from Piedicavallo in the Cervo valley, it climbs as far as the crest which denotes the Aosta Valley frontier, then touches the 2,600m mark at “Monte Mars”  and, descending from “Colma del Mombarone” towards Sordevolo, it joins up with the GtB.
Lovers of long treks in the mountains could choose the Biella stretch of the “GTA” (Grand Tour of the Alps) which runs parallel to the “Alta Via” but uses  less demanding paths at a lower altitude. The GTA encounters the GtB at Oropa.
A vast choice awaits anyone who would prefer an easier itinerary, for example, the “Alta Via della Fede”, which connects the Sanctuary of Oropa with that of “San Giovanni d’Andorno”, a panoramic route over mostly level ground that joins two valleys. This charming pathway comes under Biella Province’s “Mountains and Culture” project in that seven itineraries have been equipped with decorative panels illustrating the main aspects of life, environment and culture in the valleys of Biella.
The “Bessa” Park offers an interesting network of theme trails suitable for all,  and the relative maps may be requested at the Visitor Centre in Vermogno. There are also many paths crossing the “Baragge” tableland. Those wishing to have a more thorough knowledge of this unpolluted, natural environment may visit the “Aula Verde”, a botanical itinerary created by Candelo Municipality to help get to know the principal plant species present inside the Reserve. To learn more about the vegetation surrounding the paths of Biella Province, we recommend an excursion to the Botanic Gardens, situated within Oropa’s “Sanctuary and Sacred Mountain Nature Reserve”.
Finally, the numerous interesting, as well as beautiful, itineraries proposed by the “C.A.S.B.”- “Association of Friends of Biella’s Pathways” should not be overlooked. Since the seventies, this association has been involved in documenting and promoting Biella’s network of pathways, and issuing periodic newsletters called “Sentieri del Biellese” (“The Pathways of Biella Province”).
For further information, visit the relevant section “C.A.S.B.” dedicated to maps of Biella Province, on the website.